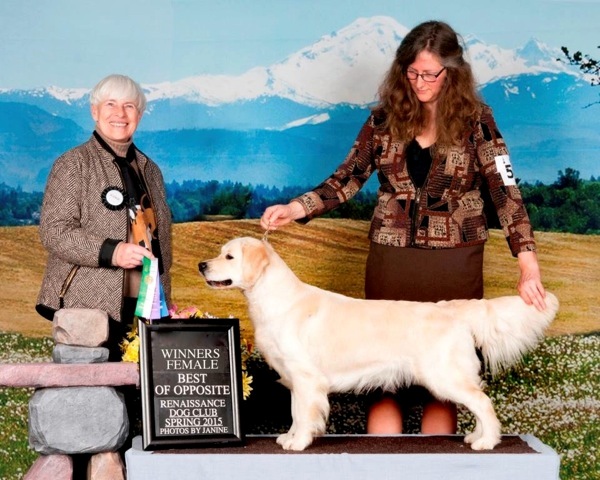 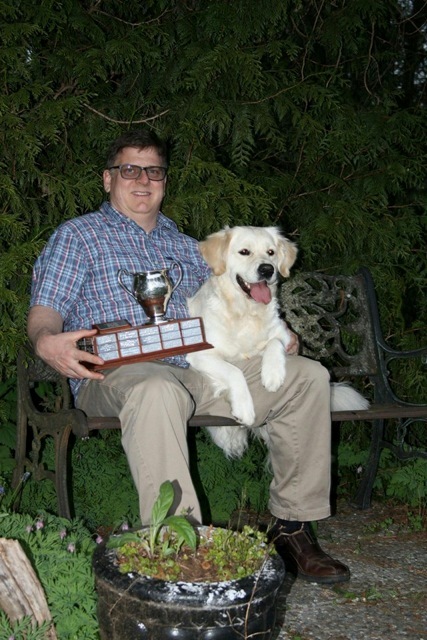 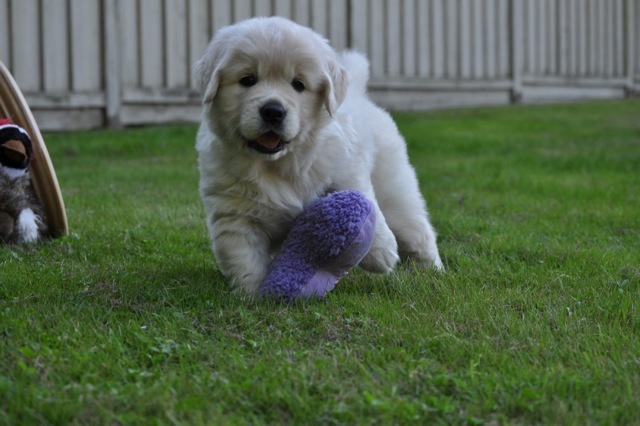 what a cutie pie 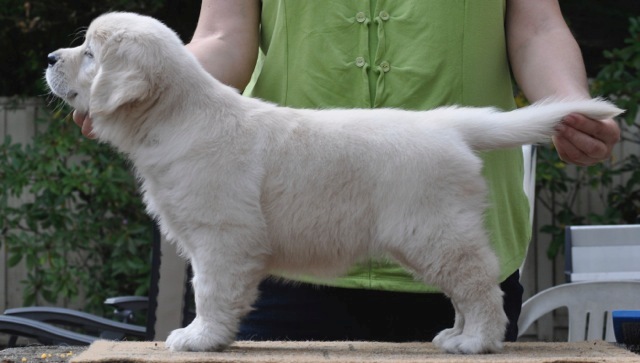 Achievements:
Chilly is the single puppy resulting from two attempts at using chilled semen from Nigel in the Netherlands. Named for her preference of laying on icepacks in the heatwave while camping with mum on the bottom bunk, she has done things with sparkle since the moment she was born. Chilly is co-owned with Carol Beaulieu but is really Pat Beaulieu’s dog. She thinks the world of him and does whatever he asks with a smile on her face and a prance to her step. Chilly is an amazing obedience dog who is currently competing towards advanced Rally obedience titles. She finished her Canadian championship with style going WB at the GRC Alberta specialty on the National weekend under breeder judge Tom Schulz. Chilly finished off 2015 as the GRCBC top best of opposite sex for conformation.