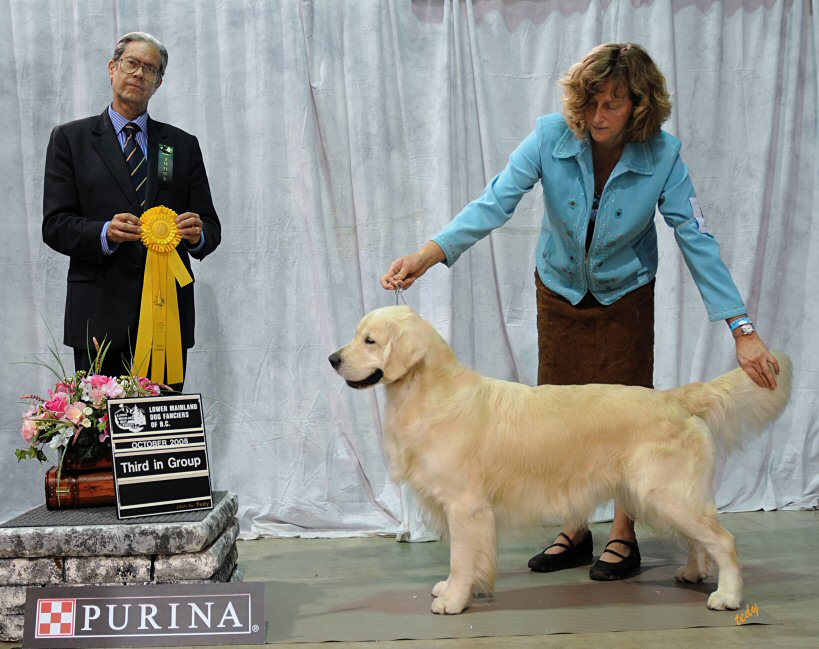 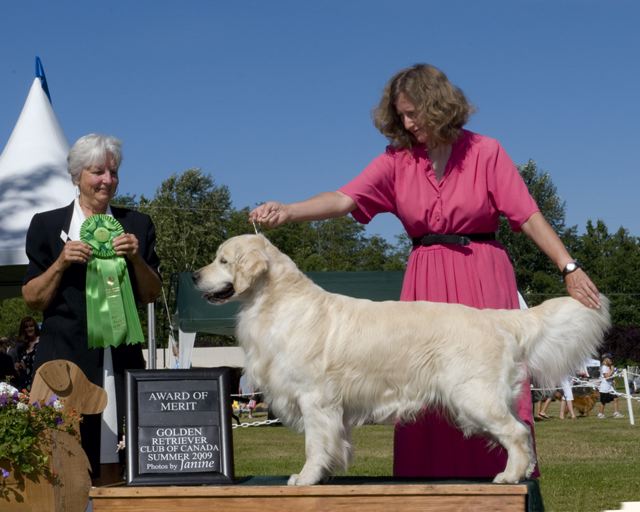 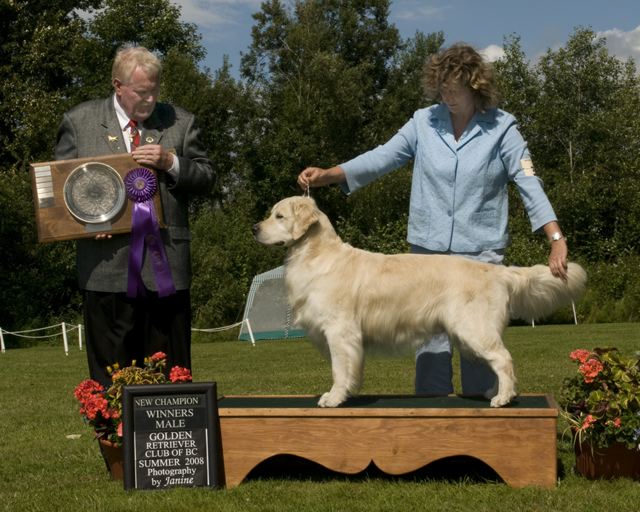 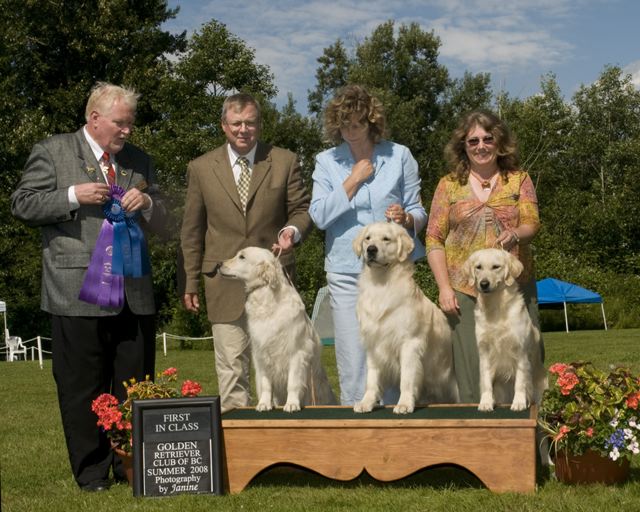 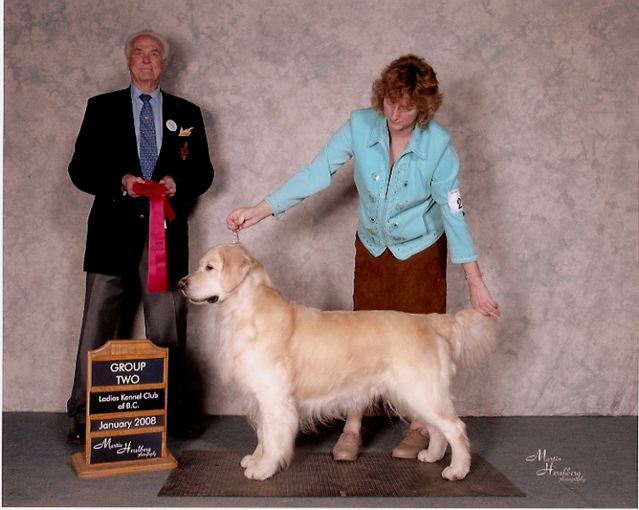 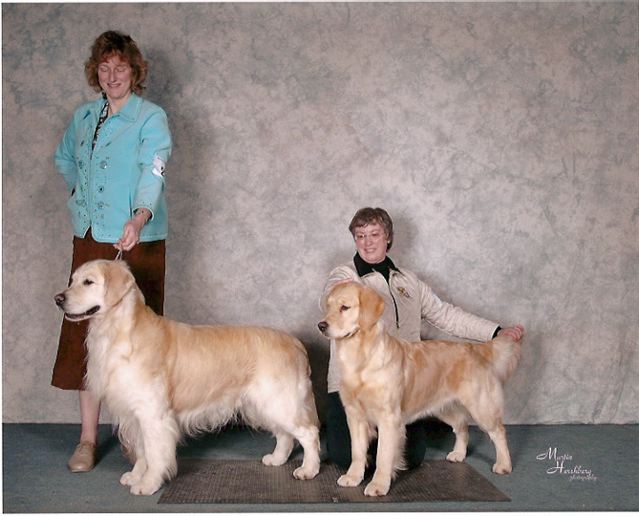 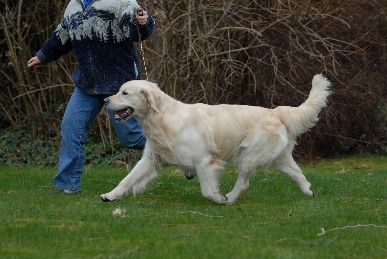 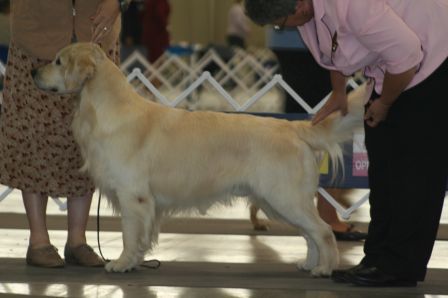 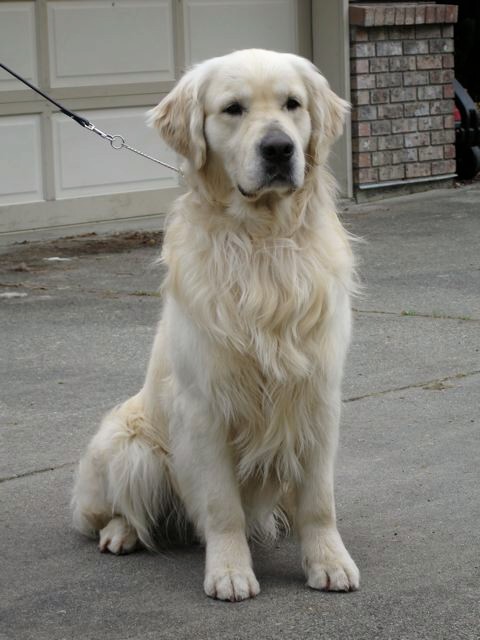 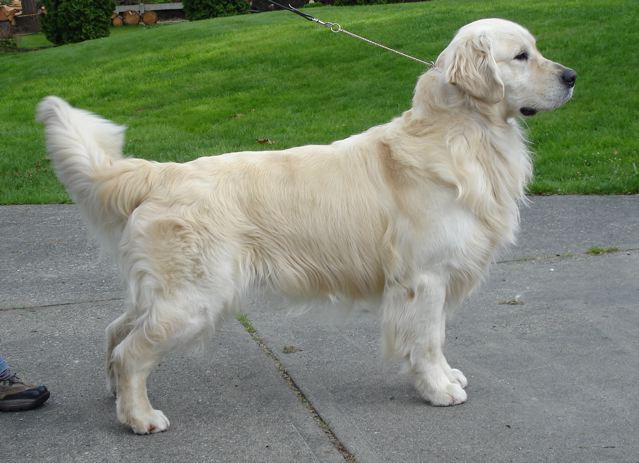 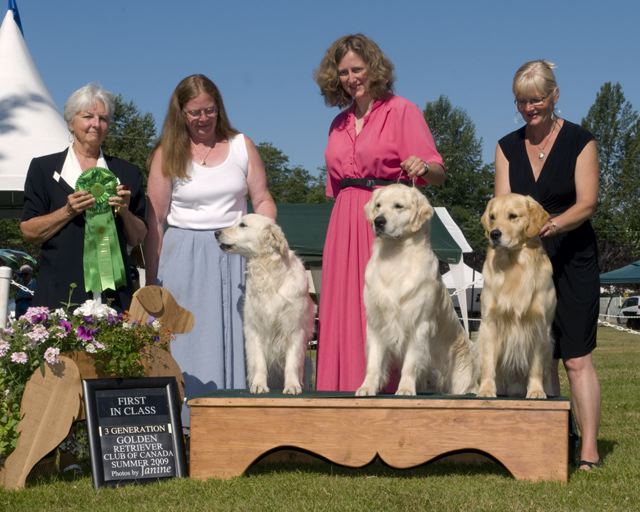 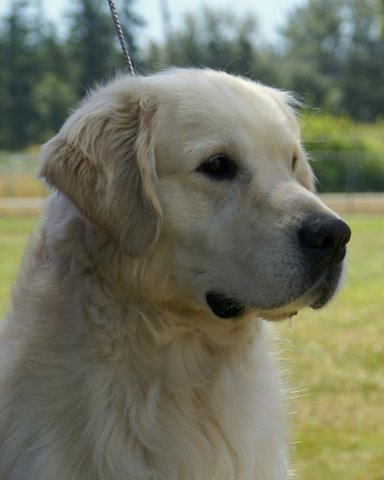 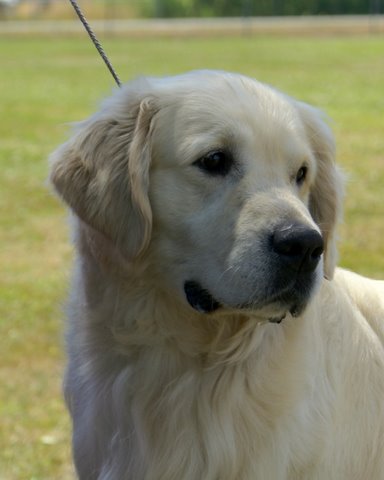 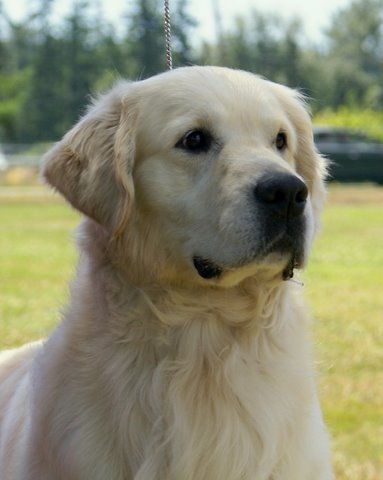 more pictures from after the National by Gloria Kerr 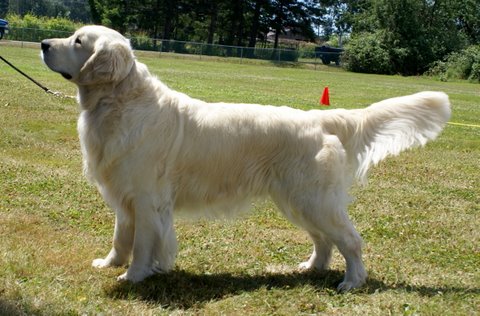 Achievements:
Major finished his championship by going WD for 5 points under breeder judge Bruce McLean at the GRCBC specialty show. He went Group 2 at Ladies Kennel Club along the way (not to be outdone, his daughter Oriana Yardley Classic went BOS for 5 points to finish her championship at just shy of one year of age). That makes him the 3rd generation to get a group placement on the way to his championship. At 24″ and 85lbs Major is a powerful dog full of life and love. Frozen semen from Major is available to select bitches. He is producing his lovely temperament, front, easy movement and gorgeous head. His son Grand Ch. Auburnmist Special Blend was number one Golden in Canada in 2010. As if that wasn’t enough, Tim also went BOW at the GRCA National specialty. Major passed his CGN with flying colours. He loved puppies and had been known to sit on them if they were getting a bit silly. Major came out to play at the GRCC 2009 National Specialty under breeder-judge Gloria Kerr. He came away with a JAM and lots of compliments from judge and exhibitors alike. I think he likes showing more each time he comes out. At the Lower Mainland Dog Fanciers Shows (largest indoor show in Canada) in October 2008 Major went BOB and Group 3–his tail never stopped wagging.